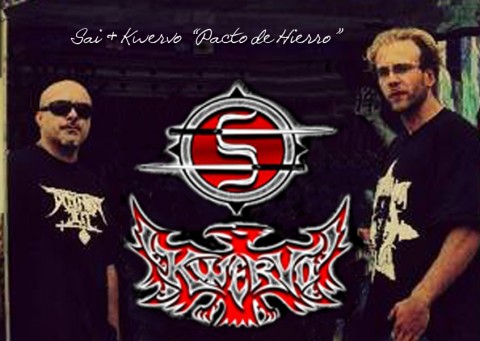 How did you come to the idea of making an entire album together?
SAI: Damn, that’s an easy one. CAUSE IT HAD TO HAPPEN, WE KNEW THAT IF WE EVER MADE AN ALBUM TOGETHER THAT IT WOULD BE EPIC.
KWERVO: I guess I’ll be giving the modest answers. (laughs)
SAI: “al diablo lo modesto, yo mato a la distancia como un 3 en baloncesto” (lyrics from the song Dond’Ta: The hell with modesty, I kill from a distance like a 3-pointer in basketball).
KWERVO: HAHA! A huevoooo! (Hell yeah)

Where does the name “Pacto de Hierro” come from?

SAI: I believe that it came from the lyrics of a track of that same name which goes “mas de lo que habia imaginado, conexion de soldadura, pacto de hierro, lealtad de perro” (“more than I had imagined, a connection of welded iron, loyalty of a dog”) . The thought behind it is that when we finally met in person, an unspoken strong bond was made, like a pact made by welding two iron pieces. What Kwervo and I have is like Eric B and Rakim, like Guru and Premier. We can do our individual shit, which we do, but if you put us together…shiiiiiiiiiiiiet!
KWERVO: No doubt. I feel like me and SAI have a great connection, both musically and on a personal level, and that’s what’s makes our pact so strong. Next to our love for the hip hop culture, we both got a strong interest in socio-political issues and even made it our jobs (SAI is a ‎Human Trafficking Specialist at Worker Justice Center of NY and Kwervo works at the Centre for Equal Opportunities and Opposition to Racism in Brussels) . I think we both got an open mind and a good understanding of the different sides of the human psyche, we strive for justice without being hypocrite because we know the struggle of the oppressed. That’s why our music is as conscious as it is wild.

Tell us something about the features on this album.

KWERVO: We got some of our closest friends from the Sekt on there who are also sick emcees (Jotaka, Katha, Lenguarmada, H-Erre), some amazing singers like SAI’s sister La Pedro who has MAD skills, and some other emcees from all around the world who we’ve built with for years, giving an international touch to this project. Not to forget, DJ Joon added some killer cuts to a couple of the songs.
SAI: All I can say is that every single one is a lyrical monster, with unique flow. We got amazing female voices, multiple languages, multiple types of music, heavy Latino productions and diversity like no other album.

How do you feel about the end result of the album and what impact do you hope it’ll have on the listener?

SAI: The final product is simply a masterpiece, for real, it is well thought through, phenomenal production and most definitely amazing lyricism. Again, the diversity is insane, we even got a reggaeton track just to prove a point that it doesn’t matter what style of music, the lyrics can make it hotttt. This is my first album as a member of Demonios Sekt and I believe it represents our collective flow very well.
KWERVO: I was amazed by the lyrics and flow SAI brought to the table, he keeps raising his skill level, and he pushed me to do the same. I feel like this is definitely my best work yet, and it tastes like more. I especially hope the people who’ve been listening to our music for years will love it, but I also want to take the people who are not familiar with our shit on a trip with my productions and SAI bringing them to life. ENTRA! 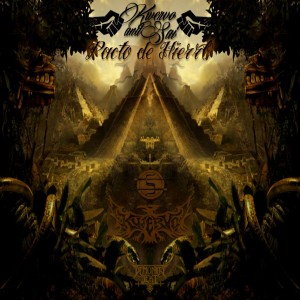 Feel free to share the album online or post about it on your website/blog, as long as you link back to this page for download, that way we can count how many downloads the album gets. Your support is highly appreciated. Thanks!